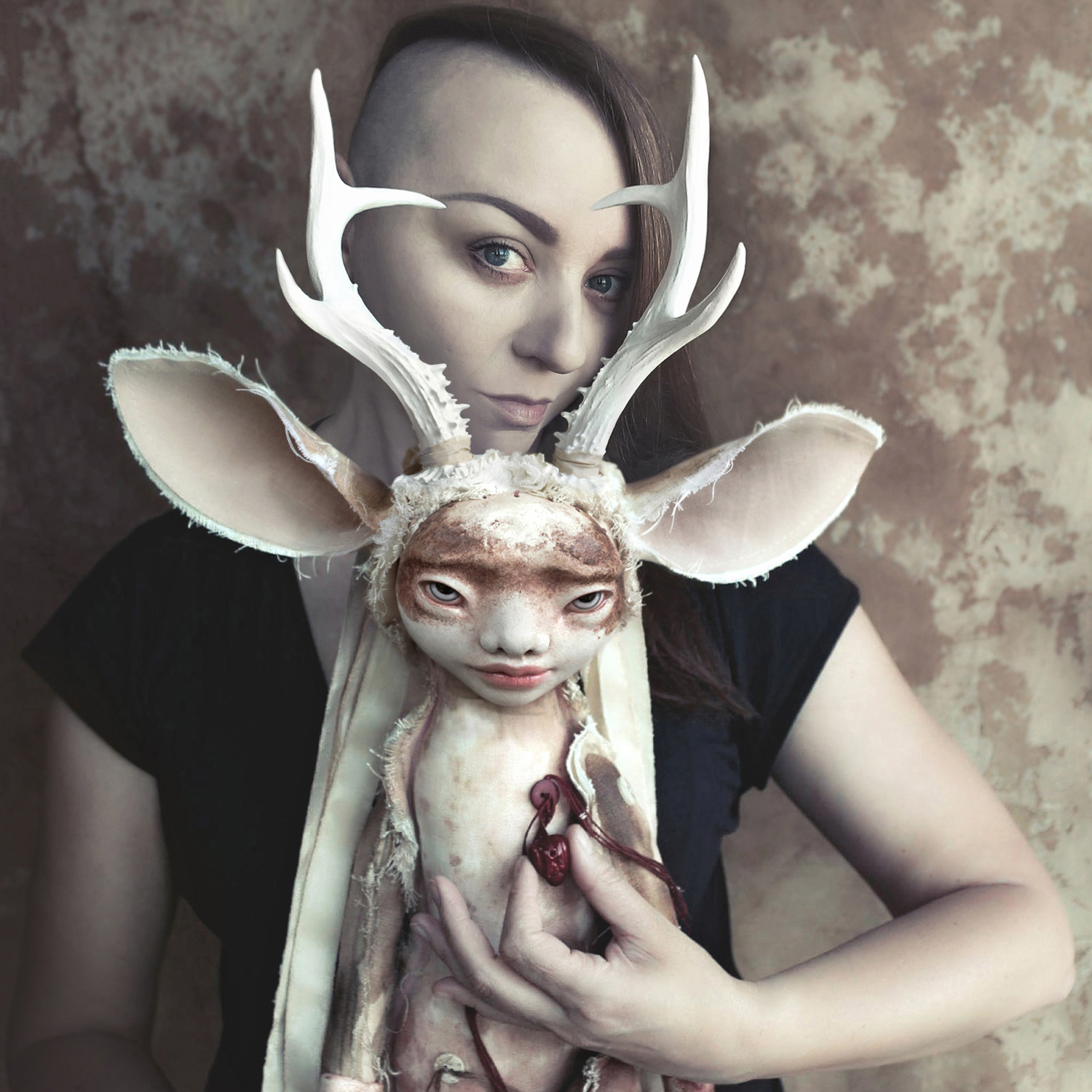 The mount of power

I live in Europe, in South West Poland, in a place where over a flat, broad plain a huge mountain covered with black forest towers – Ślęża – a gateway to another world, the seat of the ancient gods, a unique place of power. Sinking under the heaps of clouds, illuminated by lightning on the stormy nights, it continues to fascinate from the ancient times, while stone circles hidden amongst old trees, mossy boulders and cult sculptures marked with a slanting cross sign, guard its greatest secrets.

Hora in Old Slavic means a mountain covered with forest. Horka is a small part of it, it is at the same time me and my place on Earth. Therefore, a black, lonely mountain with a slanting cross has become a sign of Horka Dolls, a signature with which every doll of mine is marked.

Dolls were known for 30 thousand years. However, before they made their way into children’s hands as toys, they served magical and ritual purposes for adults. They were objects of cult, amulets, fetishes, tools that served to accomplish specific goals. They protected, healed and cared about their owner but could also become causes of misfortunes and illnesses. Using dolls, people could connect to the spirits of their ancestors or to their gods, they participated in magical rituals to aid daily life and bring bad luck to enemies.

In my work, I refer to these original doll roots. I look for inspiration in fairy tales and legends, folk tales and amazing stories in which the fantastic world, full of invisible beings, permeates the visible world of people, animals and plants. That is why Horka Dolls dolls are not quite animals and not exactly people, though they are created in their likeness.

Man is a cluster of values, learned from home, his own beliefs and life experiences, he bears psychological, sometimes physical marks imprinted by other people or events, consists of elements, parts, sometimes hides his true face under the assumed mask.

This complexity of a human being, in the likeness of which puppets are created, has become a starting point for me to create a completely new, original technique of creating dolls. Sewn-on faces-masks, hands and legs, hearts hung on the button, arteries made of tangled threads, visible stitching, from the very beginning, make up a strong element of creation and a recognizable feature of Horka Dolls.

I have been creating dolls since 2012 and my main motivation does still remain the perspective of making an exceptional object and the exciting possibility of the visual transformation of matter, during which simple, shapeless material that is clay is transformed into an object of great power – when a doll starts 'seeing’, creating becomes as if an alchemical process in which the object takes the characteristics of a subject that transcends the frames of a dead thing and that evokes excitement and curiosity.

Horka Dolls are peculiar things with soul, surreal beings that join elements of realism and fiction and because of this evoke extreme feelings, from awe to fear. They are a kind of homunculi or golems, where in lifeless matter a seemingly human particle of life lies enchanted.

The alchemy of Horka Dolls

The essence of a doll becomes clear during the act of creation. It is a long-lasting and utterly absorbing process. I do not assume anything in advance, rather I discover whatever it is that a doll being expects. Every stage of work with the doll does not only serve the purpose of creating a coherent artistic image, but also the creation of its identity and personality.

According to the Native American legend about the creation of man and human races, the Great Spirit first modelled the figurines in clay and then baked them in the oven. That’s why clay has its own magic, and the process of transforming the „mud” into hard pottery is the most successful, divine transformation. Since the Creator has chosen the clay to create the chief work, such as the creation of man in his own image and likeness, and he was indeed satisfied with the effects, it seems like an obvious choice to use this particular material in order to create the dolls in the likeness of a human.

I like to grapple with the clay clods, the properties of which never cease to teach humility, while at the same time provide you with the great amount of opportunities to create. Extracted from the inside of the Earth, shaped by the touch of your hands it allows you to manifest yourself and to participate in the ’divine’ mystery in which the magic of fire preserves the very idea, while adding the credibility of existence to the object.

I prefer to work in porcelain and a mix of porcelain and fire clay. Selecting a specific mass allows me to plan the texture of an item and the choice of firing temperature, its resistance and colour. First, I sculpt the face, the one and only, which determines the entire figure and hands, legs, little hoofs, heart.

I use polychromy on the fired elements and paint the eyes – the layers of covering paint, then the glaze in order to achieve the depth and glassiness of the real eye.

The Polish word for a doll is „lalka”. In Old Slavic language it was also used as a word for a pupil, in which the silhouette of a man is reflected, and as it was believed, his soul. That’s why a lack of faces is characteristic of Slavic dolls and dolls in other world cultures. Dolls didn’t have eyes and because of that they didn’t have identity and couldn’t fulfil their own wishes, just their owners. In some regions, it was also believed that a doll could not have a face so that it didn’t absorb the soul of its creator.

For Horkas the eyes are the most important part. It’s in the eyes that the element of apparent life resides. Painting them is one of the most time-consuming but also most important moments that give the doll special character and decide its personality.

I carefully select the fabric from which I make neck, body, thighs, shoulders, and clothes – linen canvas, strong and modest, sophisticated natural silk changing its colour depending on the lighting. The inside of the textile body is filled with elastic polyester fibre, keeping the shape perfectly. I sew hair each strand after strand. I do not use natural hair, as not to pass the energy hidden in it, but the synthetic, perfectly imitating the real hair. Face, forearms, and legs are sewn to the body with strong cotton threads.

I hang a heart on the button. It is in that moment when a doll is born. Then I sit still and gaze at it for as long as it takes until it reveals its name in a whisper.

I like to describe my dolls with the words by Bruno Schultz from „A Treatise on Mannequins“ – „There is no dead matter. Lifelessness is only a disguise behind which hide unknown forms of life ”.

The graduate of the Faculty of Painting, Graphics and Sculpture at the Wroclaw Academy of Fine Arts. Work in the field of art doll making as well as stage design, painting, sculpture, graphic design and photography. In love with her magical mountain, she exercises her imagination in a dark forest and finds inspiration on the peak. 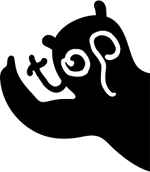